About the Lippitt Morgan Horse 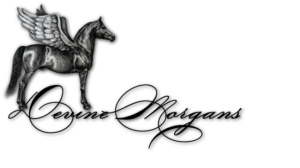 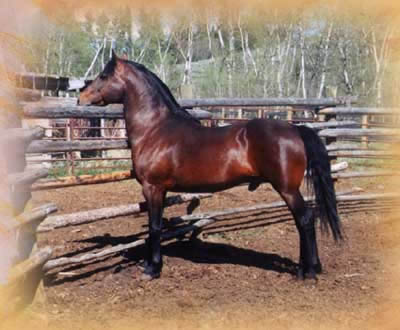 The Morgan IS, indeed, the first true American breed.

The term ”Lippitt” is used to denote a family or bloodline of the Morgan Horse. The name was borrowed from a man who bred these horses for 40 years, many of which were sold across the United States and Canada. The man’s name was Robert Lippitt Knight,

The Lippitt has no recent out-crosses to other breeds, resulting in the highest percentage of the original blood available today. Therefore, Lippitts also possess more of the original type and qualities of their founder, Figure, otherwise known as Justin Morgan. In the Lippitt, the concentration of Justin Morgan’s blood is impressive. A number of living Lippitts can trace back to this progenitor in as little as 12 generations, and the average percentage of Justin Morgan’s blood in modern Lippitts is over 22%, and there are still a few older Lippitts that have over 25% more than a grandson or granddaughter of his usually had. Today’s Lippitt Morgan is the visible descendant of the Morgan Horses that fought our wars, cleared our land, plowed our fields, herded our cattle, carried us westward and drove us to our churches on Sunday during the 19th century. They are celebrated for their endurance, hardiness, longevity, intelligence, versatility, willingness to please, disposition, type, and overall beauty that attracted us as owners and breeders. From its beginning, the Lippitt Morgan has demonstrated the ability to thrive on simple living conditions, hard work, and a minimum of pampering.

When the Morgan Horse Club was formed on Sept. 23, 1909 on the Vermont State Fair grounds, its primary stated purpose was:

“To perpetuate the Morgan breed of horses by preserving the original blood and type rather than by effort to bring about improvement or change in size, speed or other features.” Some of the Lippitt foundation horses that were at that fair included, Welcome, Donald and Bob B. These horses were referred to as “the old blood & ancient type,” the very horses that the Morgan Horse Club was formed to perpetuate. The Lippitt Morgan represents a genetic pool that the Morgan breed cannot afford to lose. The Lippitt population is listed at 1300 with most of those not being bred.

“To touch a Lippitt is to touch history”

In 2013 The Livestock Conservancy (formerly known as The American Livestock Breeds Conservancy) listed the Traditional Morgan horse on their Conservation Priority list of rare or endangered breeds.

Equus Survival Trust (working to save endangered equine breeds) lists them as critcal. See below: